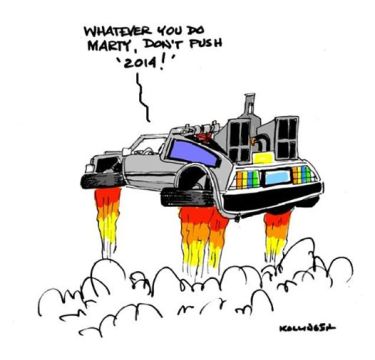 CMS Administrator Marilyn Tavenner said, during a forum entitled: The Future of Health Care in America: The ACA and Beyond, the focus in year two of exchange operations will be on educating consumers about their coverage and getting more individuals enrolled in health plans. “Where are the next pockets of the uninsured?” she posed, describing the next challenges during the Capitol Hill event sponsored by the National Institute for Health Care Management. “Where do we need to reach out to next to try to get to this next group of folks so that we can continue the march forward on reducing the number of uninsured?”

Tavenner cited guidance released Tuesday by the CMS that will allow individuals who signed up for coverage this year to be automatically re-enrolled in the same plan for 2015 coverage as one example of the agency’s efforts to make it easy for people to stay insured. “Is it as simple as we would like? Absolutely not,” Tavenner said. “Have we made a lot of progress? Yes.”

Meanwhile, actuaries with Tavenner’s agency issued new spending projections and an accompanying journal article Wednesday suggesting the economy has had more to do with slower spending growth than the reform law, and that the growth will accelerate this year.

WellPoint CEO Joseph Swedish, also on the panel, argued that the country is in the midst of a “revolution” in its healthcare delivery system. In particular, he cited the impact of technology, the blurring of lines between providers and insurers, and the emphasis on reducing costs as factors in dislodging the existing system. The Indianapolis-based insurer, which plans to change its name to Anthem, signed up nearly 800,000 people for coverage through the exchanges this year.

“We are incredibly, aggressively engaged in transforming the marketplace,” Swedish said.

Uwe Reinhardt, a healthcare economist at Princeton University, cited a 2012 study by the Institute of Medicine as evidence that there remain severe inefficiencies in the healthcare system. The study found that 31% of healthcare spending in the country is wasted, including $210 billion a year on unnecessary procedures. “That’s more than you need to cover all the uninsured in a year,” Reinhardt said. “I think there’s a moral case to get rid of this waste.”

Reinhardt said lobbyists are a primary reason the system hasn’t become more efficient. Medicare in particular, he said, is rife with legislatively mandated inefficiencies. “Unfortunately one person’s efficiency gain is another’s income loss,” Reinhardt said. “On K Street you have a lot of defenders of waste.”

Waste and inefficiencies of a government run program is the norm, just look at Medicare and Medicaid, and may sink the great “Titanic.”

Did you know that the Affordable Care Act/ Obamacare contains twenty new taxes or tax hikes, the first of which went into effect in July,2010, including a tax on tanning salons. Another important tax will be the so called “Cadillac” 40% tax on health plans that cost more than$16,300 for an individual or $27,500 for a family is scheduled to go into effect beginning in 2018. This tax is imposed on the insurer, but if course it will be passed on to the consumer in the form of increased premiums. This tax is a major source of payment for the ACA entitlements, providing $111 billion by 2023, which would be the second biggest revenue generator among the twenty new taxes in the law. Because of the starting date there is hope that this tax can be modified, it effects many union workers and workers in “high risk” occupations. I’ll discuss the other taxes in a future blog post, and the are unbelievable.

Also in January 2014, all Americans were supposed to have been required to have health insurance or pay a penalty. We know how that went….delay and special exemptions for businesses. In 2018, the Independent Payment Advisory Board has the power to further cut what Medicare will spend on seniors. So, who will be treated for what diseases and who will not have treatment paid for or made available? Good question, especially for the influx of retiring, aging “baby boomers.”

Parts of the bill/law that have already taken effect are the elimination of co-payments for preventative care (the cost is now included in your premium instead). The insurers are required to cover young adults until age 26, on their parents plan and the insurers are required to stop selling mini-med plans that cap the dollar amounts paid for care. Instead, consumers will chose bronze, silver, etc. plans with high deductibles and high premiums.

Also, already in effect are the “Donut Hole” which begins to close for Medicare Part D, new penalties for Health Savings Account disbursements kick in and new fees have hit medical device companies and pharmaceutical companies, which again will be passed on to the consumer in the form of higher prices. The new Medicare Part A payroll hike and new 3.8% unearned income tax went into effect in January, 2013.

To support the entitlements, for those who are uninsured as well as those who are under insured, need these taxes. But will they be enough to sustain the ACA. Because of the inefficiencies, waste, and government lack of accountability, I think not. We will then see more and higher taxes, probably coping the VAT or Value Added Taxes as we see in other countries.