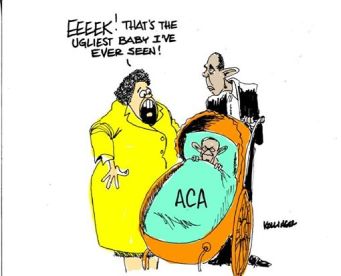 The Affordable Care Act (ACA) includes permanent and temporary risk-sharing mechanisms for health insurers participating inside, and in some cases outside, of the state health insurance exchanges. The Affordable Care Act (ACA) increases access to health insurance coverage by prohibiting insurers from denying coverage, excluding pre-existing conditions, or varying premiums based on an individual’s health status. To reduce the adverse selection arising from such requirements, the ACA includes other provisions, such as premium subsidies and an individual mandate, which aim to increase overall participation in health insurance plans. In the absence of universal participation, however, some degree of adverse selection is inevitable. And even with universal participation, some insurance plans could end up with a disproportionate share of individuals having greater health care needs, putting them at risk for large losses. As a result, plans have an incentive to develop strategies to avoid enrolling high-risk individuals.

The substantial influx of previously uninsured individuals into the new health insurance exchanges authorized by the ACA could also make it more difficult for insurers to price plans accurately, at least during the early years of the exchanges. Insurers generally lack detailed data and experience regarding health spending for the uninsured. In addition, future spending by the newly insured could increase once they obtain coverage, but it is unclear how large any such increase would be. Understating premiums could result in large losses to private insurers, threatening plan solvency. Overstating premiums could result in large gains to the insurers and/or reduce participation in the plan.

The ACA establishes three risk-sharing mechanisms designed to mitigate these risks— risk adjustment, reinsurance, and risk corridors. Section 1342 of the ACA provides for a temporary risk-corridor mechanism that will be effective from 2014 to 2016 for individual and small group plans in the health insurance ex- changes. Risk corridors could encourage competition in state insurance exchanges by limiting the downside risk for insurers entering the exchange market during the early years.

The risk corridors are temporary to reflect that they are most appropriate during the first few years of a new program, when less expenditure data are available. As more data become available on the health spending patterns of the newly insured, the ability to set premiums accurately should increase, thereby reducing the need for risk corridors.

Early in January, Moody’s rating agency downgraded its outlook for the health-insurance industry from stable to negative, blaming ObamaCare. It is very interesting because once again the middle class workers are getting clobbered again, thanks to a taxpayer bailout of the insurers written into the ObamaCare law.

This section (1342) of the Affordable Care Act forces taxpayers to make insurers whole for most of the losses they incur selling policies on the ObamaCare exchanges through 2016. Betsy McCaughey discusses this Section of the ACA and describes it as a bailout, which is meant to hide the full failure of the president’s signature health law until after the next presidential election.

“This provision was under the radar until last fall, when the ACA’s first ugly surprise hit many Americans. The law forced insurers to cancel 5 million to 6 million health plans effective Jan. 1 because they didn’t comply with the ACA’s one-size- fits all coverage requirements.

The law was designed to do that, but the public outrage moved President Obama to ignore his own law and tell insurers on Nov. 14 that they could keep selling the old plans after all.

The companies complained that the chaos would wind up costing them money — and here’s where the plot thickens. On the same day, Obama health official Gary Cohen announced that the federal government (taxpayers) will offset most losses, citing section 1342. Sweetening what the law already guarantees, the administration pledged to “modify” the bailout’s “final rules to provide additional assistance.”

That’s when Congress finally read Section 1342, which Sen. Marco Rubio (R-Fla.) then dubbed a “dirty little secret.” At a House hearing, Secretary of Health and Human Services Kathleen Sebelius confessed that the administration had never tried to estimate what the guarantee could cost taxpayers.

The news from Moody’s underscores the likelihood that taxpayers will be socked with bailout costs of unknown proportions unless section 1342 is repealed.

That’s just one reason for repeal. Another reason advanced by the ACA’s opponents is that Section 1342’s purpose is to confuse the public and hide the ACA’s inevitable failure until health “reform” is entrenched beyond turning back.

This was supposed to be “inevitable”, because anyone with knowledge of health insurance was supposed to know from the start that the ACA’s exchanges couldn’t offer affordable insurance. The premiums have to cover a long list of mandatory benefits, as well as $100 billion in taxes that the law imposes on insurers over the decade, which I have covered in previous posts.

Most significantly, the premiums were supposed to cover the cost of caring for seriously ill people at the same price as the healthy pay. Every state that tried this “community rating” scheme (including New York and Oregon) has seen premiums and deductibles soar and healthy people stop buying insurance. It’s called the “death spiral.”

All these factors make “affordable” an impossible goal under the ACA’s rules. But the bailout provision is designed to conceal this fact through 2016.

The Society of Actuaries explains that the bailout incentivizes insurers to set premiums too low, in order to make the ACA look affordable. That helps the politicians tied to the ACA as well as insurers who want a bigger market share.

Meanwhile, insurers who opt not to participate in the exchanges can’t get bailouts and don’t get subsidies for their customers, so you won’t have the option of buying from them for long.

Ms. McCaughey gives the analogy that if the federal government gave out subsidies to buy only Ford cars and told Ford Motor Co. not to worry about pricing the car, because taxpayers would make up Ford’s losses, how long do you think Chrysler and Toyota could compete?

Moody’s also cautioned that its downgrade is due largely to the “ongoing unstable and evolving environment,” as the Obama administration repeatedly revises the Affordable Care Act, decreeing “new regulations and announcements that impose operational changes well after product and pricing decisions were finalized.”

As any business owner will tell you, a temporary bailout is no substitute for the rule of law. The bailout keeps the ACA on life support, at the taxpayers’ expense, while the free market expires and the rule of law disappears.

However, there are no definitive solutions if the sustainability of the ACA comes into question. Most likely, the government will continue to support the insurers financially and therefore the taxpayers will be responsible for the losses and the additionaldeficit. The middle class working population will continue to suffer finding their insurance premiums rise yearly by double digits and their deductibles and therefore their out of pocket costs rise to where the insurance plans will be only catastrophic plans. Is this what the ACA is really all about?

Are we ready for the real changes???

Now for a dose of reality and a helpful suggestion, those out there who have health savings accounts and have money left over in your accounts. Realize that the monies in those accounts do not role over. You lose that money and go on to establish a “new setting.” Buy a new pair of glasses, get an appointment to see your doctor, have your gallbladder removed-just kidding about that gallbladder surgery. If you have a drug plan as part of the account, buy your medications before the end of the year.