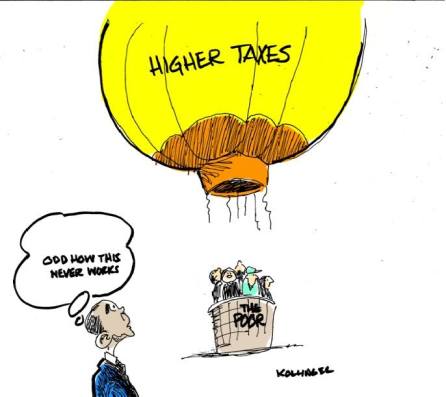 The Obamacare website had another major stumble on Friday when the White House revealed it sent hundreds of thousands of customers bad tax information.

According to the Associated Press, the Obama administration said about 800,000 HealthCare.Gov customers were sent the wrong tax information. Those customers will now have to delay filing their 2014 tax forms.

“California, which is running its own insurance market, just announced a similar problem affecting about 100,000 people in that state,” the AP reported. “The errors mean that nearly 1 million people may have to wait longer to get their tax refunds this year. Another 50,000 or so who already filed may have to resubmit their returns.”

HealthCare.gov, the online insurance exchange set up by the Affordable Care Act (also known as Obamacare), had an infamously rocky rollout when it launched in 2013. At the time, hundreds of thousands of consumers couldn’t access the website and the White House struggled to fix its bugs.

Politico reported this week that HealthCare.gov is “still a mess.”

“The ‘back end’ of the Obamacare website still isn’t properly wired to the health insurance companies,” Rachana Pradhan and Brett Norman wrote. “Subsidy payments aren’t automated, so the insurers get payments based on estimates. And adding information like a marriage or the birth of a child is a convoluted, multi-step process.”

After a successful sign-up season, the latest goof could signal new problems with the complex links between President Barack Obama’s health care overhaul and the nation’s income tax system.

The issue involves a new government form called a 1095-A, which is like a W-2 form for health care for people who got subsidized private coverage under Obama’s law.

HealthCare.gov said in a blog post that the federal mistake happened when information on this year’s premiums was substituted for what should been 2014 numbers. The website had a technology meltdown when it was launched back in 2013, but seemed to have overcome its problems this enrollment season.

“It’s just another black mark on the administration’s handling of the health care act,” said Roberton Williams, a senior fellow at the nonpartisan Tax Policy Center in Washington. “They were hoping for a clean season.”

“For many of these impacted taxpayers, the tax refund could be the single largest financial payout of the year,” said Mark Ciaramitaro, H&R Block’s vice president for health care. Many people due a refund file well before the April 15 deadline. “They are being told to wait,” he added, “further delaying access to their tax refund.”

On another matter, the administration also announced a special sign-up extension for uninsured people who would face the health care law’s tax penalties for the first time this year.

Several million households could benefit from that grace period, which had been sought by Democratic lawmakers.

Uninsured people who go to file their taxes and learn they’re facing a penalty will have between March 15 and April 30 to sign up through HealthCare.gov. Otherwise, they would not have had an opportunity until the fall. Fines for being uninsured are going up significantly in 2015.

The tax-document mistake was a self-inflicted wound after what Obama had personally touted as a successful open-enrollment season, with about 11.4 million people signed up.

On Capitol Hill, Democrats were frustrated, but they gave the administration some credit for disclosing the error early instead of letting the problem compound as tax season advances.

At the Health and Human Services Department, Andy Slavitt, who oversees health insurance programs, said consumers affected by the problem will be notified starting immediately via phone calls and emails. They represent about 1 of every 5 HealthCare.gov customers who got subsidies in 2014.

An estimated 50,000 people who have already filed their taxes will receive special instructions from the Treasury Department, he said. All corrected forms should be available by early March.

Slavitt said the error involved a “benchmark” premium that is used to help determine the subsidies that individuals receive. It’s unclear whether the impact would favor the government or individual policyholders. Slavitt said it’s a mix.

The tax error highlights the complicated links between Obama’s health care law and taxes, connections that consumers are experiencing for the first time this year. The law subsidizes private health insurance for people who don’t have access to job-based coverage. Those subsidies are mainly based on income.

By packaging the benefit as a tax credit, the law’s supporters were able to promote it as a tax cut. But that also introduced new wrinkles to an already-complicated tax system at a time when Republicans have put the squeeze on the IRS budget.

Other issues could emerge later this spring. Consumers filing their taxes have to verify to the IRS that they got the amount of subsidy they were legally entitled to. If they received too much, their refunds will get dinged. Too little, and the government repays them. Some experts suspect that many consumers may have underestimated their 2014 incomes and gotten too big a subsidy.

“This is very complicated, and we’ve got all these different pieces coming together that will be prone to error,” said Williams, the tax policy expert.

And-How Did We Get Here?

Anthony Kovner described the state of Health care delivery in the United States in the late 1990s in his book in these terms. “The problem of providing satisfactory medical services to all the people of the United States at costs which they can meet is a pressing one. At the present time, many persons do not receive service, which is adequate either in quantity or quality, and the costs of service are inequitably distributed. The result is a tremendous amount of preventable physical pain and mental anguish, needless deaths, economic inefficiency, and social waste. Furthermore, these conditions are…largely unnecessary. The United States has the economic resources, the organizing ability and the technical expertise to solve this problem. (Committee on the Costs of Medical Care,p.2).

Has that changed with the development of our “new” health care program?

Kovner, in his book Jonas’ Health Care Delivery in the United States, states that this statement is applicable in the Clinton health care agenda and probably also to Obamacare. According to Easterbrook (1987-“The Revolution.” Newsweek, January 26, 1987, pp 40-74.) “The U.S. approach costs more than other systems, but it also produces the most sophisticated care; an outcome which should not be dismissed as coincidental. Of the socialized nations only Canada is thought to have medicine equal to ours, and its conversion from an enterprise system is most recent. European socialized approaches are possible in part because the money hungry American system produces break-throughs others can buy or duplicate.

In fact, when there are complex health care problems, where do they all turn…the U.S. health care system? We believe in healing all, reconstructing the most complex deformities and curing even the most advanced cancer/disease.

What makes the U.S. system so different and so difficult to create an affordable health care delivery system?

Tell me or continue to read my follow up posts!