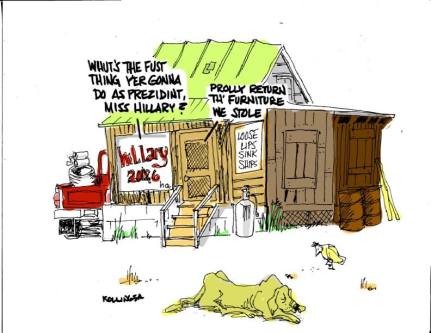 After my discussion regarding Mark Cuban and the direction of Mr. Cuban to have frequent testing done and how it really affects Mr. Cuban’s bottom financial line due to his investments, one must look carefully at this next item. A new California company announced Monday it is offering a much cheaper and easier way for women to get tested for genetic mutations that increase their risk for breast and ovarian cancer.

Color Genomics of Burlingame, Calif., has begun selling a $249 test that it says can accurately analyze a saliva sample for mutations in the breast cancer genes BRCA1 and BRCA2, as well as check for 17 other genetic variants that have been associated with a somewhat increased risk for cancer of the breast or ovaries.

“Color’s goal is to democratize access to genetic testing, starting with breast and ovarian cancer risk testing,” says Elad Gil, one of the company’s co-founders.

But the announcement has sparked mixed reactions, with some scientists and patient advocates praising the option of cheaper genetic testing, while others say it might not be useful, and could be harmful.

Until now, such testing has typically cost thousands of dollars. Gil says his company slashed the cost in a variety of ways, including using the latest technology to automate much of the process. The firm also recruited software engineers from leading companies, including Google and Twitter, to develop computer programs that streamline the analysis. In addition, Gil tells Shots, the company saves money by making the price so low that women don’t need to get their insurance companies involved.

People interested in taking the test can either ask their doctor to order it for them or can contact the company directly through its website, so that Color Genomics can arrange for a physician to place the order. A test kit containing a small plastic tube will then arrive in the mail; the patient just spits into the tube and mails it back to the company, which then analyzes the DNA from cells in the saliva.

The company validated the accuracy of its test in a variety of ways, Gil says, including using it to analyze about 500 samples provided by leading breast cancer researchers. Color Genomics published the results on its website and plans to submit them to a peer-reviewed journal, Gil says.

The announcement produced mixed reactions. Some researchers welcome the new test as a way for more women to get tested. Currently, only women with a family history of cancer of the breast or ovaries are routinely urged to get a BRCA test, and typically only these women can get their insurance company to pay for it. But Mary-Claire King, a University of Washington geneticist who discovered BRCA1, says many more women carry one of the mutations in BRCA1 and BRCA2 that significantly increase their risk for cancer.

“We need to be able to offer all women the opportunity to be sequenced for BRCA1 and BRCA2 — and, indeed, their sister genes — when a woman is young enough to make a plan if [it turns out] she does have the misfortune of having a mutation,” says King, who is an unpaid advisor to the Color Genomics.

Still, some other geneticists, cancer researchers and women’s health advocates are alarmed by the new test. They question whether the results have been studied enough to provide women with reliable information. The test, they say, may produce ambiguous or misleading results that frighten women into taking drastic action that may be unnecessary, such as getting mastectomies or having their ovaries removed and this is a worry of mine.

“I worry it will give women information that we and they really don’t know what it means — and that women will make very difficult choices that turn out to be incorrect,” says Frances Visco of the National Breast Cancer Coalition.

I remember when the BRCA gene biomarker was originally found and I had patients waking in to my office wanting their breasts removed. Should every woman who walks in to your office with these “cheap” tests showing positive results deserve to have mammogram negative, bimanual exam negative breasts removed? I guess the argument could be made that the more breasts removed the less of a chance that there will be diagnoses of breast cancer. Should we also remove the ovaries of each of these patients also?

What is our role, the role of the physician, in the decision process, educating the patient as well as the insurance industry and the health care system, regarding the best treatment for the patient?

We keep on walking that slippery slope. Who is going to pay for the removal of multiple breasts and ovaries and what testing will be needed for pre-approval of the surgical procedures?

Remember our ultimate future goal is sustainable value-based health care for all. Is this goal just a fantasy, never to be achieved! It is up to all of us, in whatever position that we find ourselves in this healthcare equation to push, drag and force the present system into the real future of true Affordable Health Care.

The other question that should be considered is how will the new President, which most of the media have already crowned Hillary, change or address the many questions that the new future will bring to light in health care?

It is very important that we who write blog posts educate the voters as well as our politicians of the twists and turns, the mines and potholes inherent in the complex system of delivering a value-based health care system.