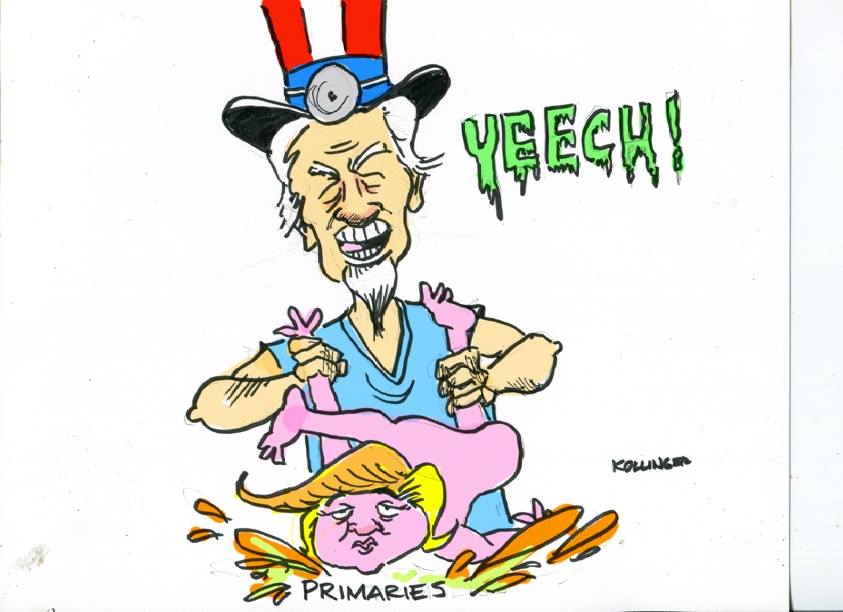 For years now the Republicans politicians have been threatening to repeal or defund the Affordable Care Act, better known as Obamacare. Each of the Republican candidates for President has vowed to repeal the ACA also. However as I have been complaining about, they all have had no good / workable substitutions for the ACA. That is, they have come up with no alternatives except the health savings accounts for all, which people like Ben Carson believe is the answer. It seems that finally the Republican Senate leaders are no longer attempting to leverage their control to defund Obamacare as the Associated Press reports.

Interestingly the Kaiser Family Foundation reported last month the results of its 2016 survey of 671 people who purchased individual market plans compliant with the new mandates and rules established by the Affordable Care Act (ACA). As many insurers announce large premium hikes for next year and others announce they are withdrawing from the market, the survey reveals that enrollees are increasingly unhappy with their coverage. Given that these enrollees are one of the primary groups that the ACA is supposed to be helping, their declining satisfaction is particularly concerning and suggests a change of direction in federal policy is warranted. Therefore, it seems that finally the Republican Party is finally getting the message.

It seems that lawmakers are taking a more collaborative approach this year in the massive appropriations bill that will fund the departments of Labor, Health and Human Services, and Education.The change reflects an acceptance that harming spending bills with veto material has proven ineffective and slowed the legislative process.

Rather than focusing on the ACA, the measure by Roy Blunt, R-Mo., and Patty Murray, D-Wash most notably aims to increase funding for medical research and to treat opioid addicts.

The legislation is being heralded as the first bipartisan appropriations healthcare bill to advance in seven years, the Washington Examiner noted.

If it passes the measure would increase funding for the National Institutes of Health by $2 billion, bringing its total funding to $34 billion. The move comes after years of pressure from the NIH and follows the additional $2 billion already added to the NIH budget in December’s omnibus spending bill.

The appropriations bill would also nearly double the Centers for Disease Control and Prevention’s funding for opioid abuse.

Peter Sullivan wrote recently, last week, that two Republican lawmakers on Thursday introduced an alternative to ObamaCare as the House develops its own healthcare plan.

The bill from Rep. Pete Sessions (R-Texas) and Sen. Bill Cassidy (R-La.) does not fully repeal ObamaCare, which is a notable departure from the GOP’s long-stated goal. But it would eliminate many central aspects of the Affordable Care Act, including the mandates for individuals to have coverage and for employers to provide it, as well as requirements for what an insurance plan must cover.

The core of the plan is a $2,500 tax credit that any citizen would be eligible for and use to purchase health insurance. The lawmakers say this gives flexibility to people, whether they get employer-based insurance or not, to more directly control their healthcare spending, for example by using a health savings account.

Sessions and Cassidy are putting forward their plan as a task force set up by Speaker Paul Ryan (R-Wis.) is nearing the release of its own plan to fully repeal ObamaCare and replace it with an alternative.

Sessions, the chairman of the powerful House Rules Committee, said in an interview that his plan is not meant to compete with that effort. “Everybody’s submitting their ideas, so it’s very complimentary,” he said.

The Ryan-backed task force, though, will not be releasing a bill; it will instead be a general outline of ideas.

“The thing that makes us different is we made a bill out of it, and that’s the hard part,” Sessions said. “It’s really easy to have ideas. It’s really hard to put it in a bill that works.”

As I mentioned, under the Sessions-Cassidy plan, people currently with insurance through the ObamaCare marketplaces could keep it because they would be grandfathered in.

But new ObamaCare enrollees would no longer be eligible for ObamaCare’s financial assistance. Instead, they would receive the new plan’s $2,500 tax credit, according to John Goodman, a health economist who worked with Sessions and Cassidy on the plan.

Sessions defended the decision to allow current ObamaCare plans to be grandfathered in if people want to keep them, another good idea as long as it is financially sustainable. “I want to be fair about this,” he said. “If you want that, you ought to have it; I mean, we’re in a world of options.”

The Sessions-Cassidy bill also shakes up the current system of not taxing health insurance plans provided through employers, which can be politically fraught. However, the plan allows employers to opt to stay in the current system if they want, and only opt in to the new tax credit if they choose.

The legislation does not repeal any of the taxes in ObamaCare, but involves Health Savings Accounts (HSA’s) where people can save for expenditures, pay for out of pocket needs or also use those funds to pay for health deductibles.

At a minimum, Sessions says that people must at least carry a health plan, which has a high deductible and that his bill is silent on whether or not plans should or should not cover abortion and reproductive health services. So, there are still some problems not addressed and especially the low incomes patients.

The engineering of a “replacement” bill for ObamaCare has stymied Republicans since 2009, which was amplified by the 2010 campaign slogan of “repeal and replace.”

Up until now, there has never been such a plan because no such blueprint ever had anywhere close to the votes needed to pass.

The legislation is technically called the HELP Act, short for “Health Empowerment Liberty Plan.”  Sessions however prefers a less clinical moniker with a title infused with a dose of Donald Trump-esque hubris. Instead, the Texas Republican calls the legislation “The World’s Greatest Health Care Bill. Ever.”

Sessions notes that the legislation allows people to keep ObamaCare if they so desire, noting that his measure does not entail a full repeal of ObamaCare.“Someone who repeals (ObamaCare) is left with nothing,” he said. That’s why his bill works in tandem with the existing law. “I will put anyone else’s bill against this bill,” Sessions said.

Authoring a bill, let alone a bill which doesn’t call for a full repeal of ObamaCare, is a huge break in where Republicans have been on the heath care issue.

That’s not to say that all Republicans can go along with the proposed bill because it goes against what has been the GOP doctrine for so long, but it’s significant in the fact that two Republicans are taking this approach.

A task force commissioned by House Speaker Paul Ryan, R-Wis., is expected to roll out a set of general health care goals sometime in the next five weeks.

Ryan hopes the House would address the topic next year, but Sessions notes that his legislation is not just a set of ideas, but an actual bill, complete with a bill number.“It’s to influence them,” said Sessions when discussing his plan. “Instead of principles, I want a bill.”

So, my question is will Trump back this strategy for future health care or will he continue to vow to repeal the ACA or come up with his own version and continue yelling and attacking anyone and everyone.

Next to consider is whether this strategy is any better than what Bernie and Hillary are promoting? Well, we know that Bernie wants Medicare for all and Hillary is now suggesting, that is that patients can purchase or buy into the Medicare system. I think we need to further investigate what Hillary really wants to impose on us all when and if she captures the Presidency. The way Trump continues to shoot himself in the foot each time he opens his mouth I’m not sure whether Hillary even needs to spend any money on the election. Save your money Hillary…oh and Bill!