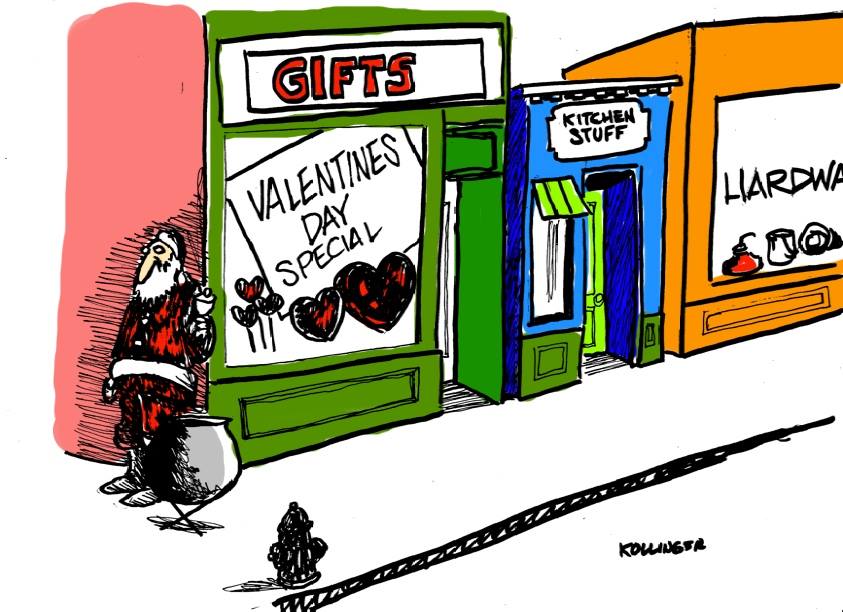 In this post-election time, we could all use a reminder of all the good this year. Like more tigers and pandas and let’s ignore politics and health care strategies for a short period of time.Elyse Wanshel, the Associate Editor, Trends, The Huffington Post reviewed some of the things that she thought were good in 2016, I added many more, and I thought that we all should get over the blaming of the Democrats, the GOP, Russia, etc. and chest pounding and thoughts of why things are now so horrible.

For some, the thought of a Donald Trump presidency is a huge downer. Yet, in order to feel hopeful about the future, all you have to do is take a look at the recent past and all the good things that happened this year.

Good Things that Happened in 2016

6 Women Made History on Election Night

Tammy Duckworth, Kamala Harris, and Catherine Cortez Masto. While Hillary Clinton unexpectedly lost to Donald Trump during the recent election, six women shattered the glass ceiling that night with historic victories: Kamala Harris, Catherine Cortez Masto, and Tammy Duckworth were elected to the Senate, Stephanie Murphy and Pramila Jayapal won seats in the House of Representatives, and Ilhan Omar was elected to her state’s legislature.

In January, the U.S. military revealed a new maternity-leave policy that gives female service members 12 weeks paid time off after having a child. The new policy offers twice the amount of time off that Army members were granted previously.

An 11-Year-Old Started Her Own Black-Girls Book Drive, and Collected More than 8,000 Books

Marley Dias, an 11-year-old New Jersey middle school student, tugged on our heartstrings this year, when the story of her #1000BlackGirlBooks book drive emerged. A grant-winning, Ghanaian orphanage volunteer, Dias started her book drive with the aim of collecting 1,000 books where black girls take the lead, Philly Voice reported: “I told [my mom] I was sick of reading about white boys and dogs,” Dias said, pointing specifically to “Where the Red Fern Grows” and the “Shiloh” series. “‘What are you going to do about it?’ [my mom] asked. And I told her I was going to start a book drive, and a specific book drive, where black girls are the main characters in the book and not background characters or minor characters.”

Dias set a deadline of February 1 to collect the 1,000 books — but by then, she had already collected nearly 4,000, according to NPR. As of December, however, she had collected over 8,000 books. Next, she hopes to set up a black-girl book club and encourage school districts to change the books they assign to students.

This summer, we were glued to the TVs, watching the U.S. women’s gymnastics team compete at the 2016 Summer Games in Rio de Janeiro. Much to our delight, Simone Biles, Aly Raisman, Gabby Douglas, Laurie Hernandez, and Madison Kocian — otherwise known as the Final Five — ended up taking home the gold.

Sexual-Assault Survivors Got a Bill of Rights

While 2016 has generally been a horrible year for sexual assault, at least one thing happened that will actually help survivors. In October, President Barack Obama signed into law a bill that gives sexual-assault survivors a basic set of rights under federal law.

Under the Sexual Assault Survivors’ Rights Act, survivors are now guaranteed access to their rape kits — and states must preserve the kits for the entire statute of limitations. The act also ensures that survivors won’t have to cover the costs of rape-kit testing and that they will be notified 60 days before their kit is scheduled to be destroyed. Finally, survivors have a standard set of rights that regulate how sexual-assault cases are handled.

After a 1.8-billion-mile, five-year journey, NASA’s Juno spacecraft reached Jupiter on July 4th. It’s supposed to study the planet in depth for 20 months.

A man woke up from a coma after ultrasound waves were beamed into his brain. Researchers “excited” his brain tissue with the pulses, and after three days he regained complete consciousness and language comprehension. This could lead to new treatment for patients in comas.

Pokemon Go may have gotten really annoying, but it got people moving in a strange twist seeing as most video games have the complete opposite result. Experts have even said that Pokemon Go may help prevent Type 2 diabetes.

Coffee consumption was proven to be decrease cancer and suicide rates.

Scientists found a way to link robotic limbs with the part of the brain that is associated with intent, so people don’t even have to think about how they will move the limb, it just happens.

The Ice Bucket Challenge from last summer actually helped fund a breakthrough for ALS in 2016. The money that came from the campaign that was dubbed “slacktivism” helped fund a study that found a newly-identified gene, NEK1. It’s now among the most common genes that contribute to the disease, and it gives scientists a potential target to create therapies.

A Colombian professor named Luis Soriano has been delivering books to children in need with the help of his donkey he named “Biblioburro.” He said that in Colombia children have to travel over 40 minutes to get to a library, so he makes it easier for them.

Indian officials reported that volunteer planted almost 50 million trees in July. Clearly this is a new world record, completely demolishing Pakistan’s previous record of 1 million from 2013. 800,000 people worked for 24 hours to get the job done as part of the deal India made at the Paris Climate Conference last year.

A solar-powered plane completed a round-the-world flight for the first time in Abu Dhabi. Solar Impulse 2 flew over 26,000 miles around the globe to prove that clean technologies could be used in flight.

New chemotherapy breakthroughs have increased the 5-year survival for pancreatic cancer from 16&% to 27%… and it’s only going up.

Giant pandas are no longer endangered. There are now 2,060 of them in the wild, changing their status from “endangered” to “vulnerable.” This happened because of an increase of giant pandas being born in China.

Elon Musk and SpaceX. No doubt, it’s been a great year for Elon Musk and SpaceX. Earlier this month the company launched a rocket into orbit, putting a Dragon cargo ship on its way to the International Space Station. The Falcon 9 rocket then managed to land back on earth. Pioneering these kinds of landings with reusable rockets is see as essential to reducing space-travel costs.

LeBron James and the Cleveland Cavaliers. Speaking of feel-good sports stories, LeBron finally brought a title to the 216. Of course, it’s not quite the long-shot story of Leicester City, and Warriors fans certainly wouldn’t put this on the list, but Cleveland is feeling pretty good about it. Now, if the Cubs could just close the deal on their season.

“The S&P 500 SPX, +0.13%  at an all-time record high earlier this month despite the doomsday predictions around the Brexit just a few weeks before.”

This has got to be one of the least-celebrated rallies in market history; nevertheless, it just keeps chugging along. The Dow Jones DJIA, +0.07%  recently banged out nine sessions in a row of gains, seven of those marked record highs. As for the Brexit overhang, the U.K. stock market UKX, +0.06%  just closed at its highest level in a year.

Additional Good Things that Happened in 2016

Good Things that have yet to happen this year

So continue to revel at all the wonderful things that happened in 2016 and make it our goals to make 2017 even better. Enjoy the Holiday no matter what you celebrate-Christmas, Hanukkah, or Kwanza.