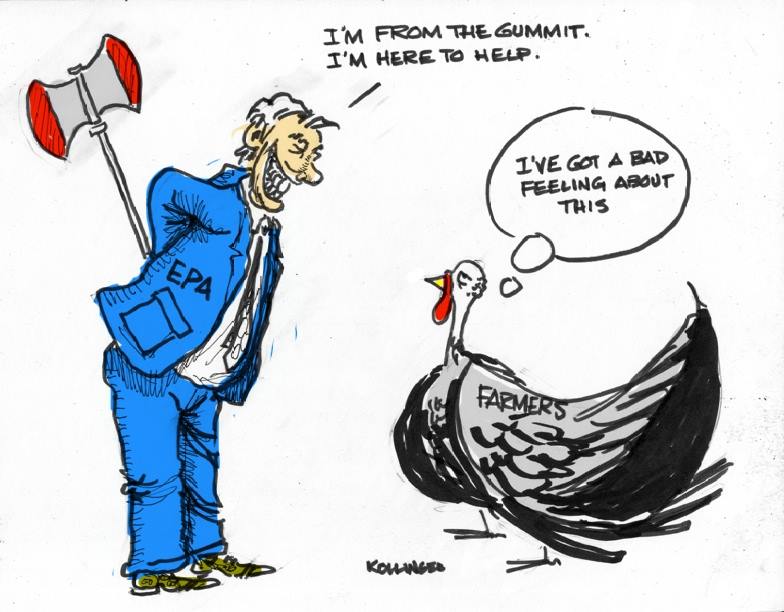 It seems that the GOP continues their promise to repeal and replace the Affordable Care Act. As Shannon Firth reports, the Senate Republicans introduced a new version of their tax bill that would eliminate the Affordable Care Act’s (ACA) penalty for not enrolling in qualified health plans. They want to sneak it in and to what end?

The Congressional Budget Office (CBO) estimated last week that repealing the individual mandate would raise the number of insured Americans by 4 million by 2019, and by 13 million in 2027 — but also reduce the deficit by $338 billion.

That was a small boon to Republican leaders whose tax bill would otherwise balloon the deficit by $1.5 trillion from 2018-2027. The CBO report estimated that payments to so-called Disproportionate Share Hospitals costs would rise by more than $40 billion.

Robert “Bob”Laszweski, president of Health Policy and Strategy Associates, in a recent blog post wrote that “killing the mandate while simultaneously opening up the market to cheaper stripped-down alternatives would combine to create unintended consequences the Republicans haven’t appeared to comprehend.” He was referring to President Trump’s recent moves to allow partial-coverage health plans with low premiums but that leave enrollees on the hook for potentially huge bills. And this is my main objection, that the health care insurance premiums for those who purchase policies will go up as well as the deductibles. There is no control of the insurance companies who must make up the difference to maximize their profits.

Laszewski said these two factors would create a bifurcated market with a “very expensive Obamacare compliant risk pool” and another “very cheap ‘short-term’ policy risk pool” for healthy people. “In other words, this scheme works much better than what we have today — until you get sick,” and he noted that everyone at some point does get sick. “A health insurance system that works only while you are healthy is not a health insurance system,” he concluded.

The mandate — really more of an incentive, as the penalty is considerably lower than the cost of insurance — was meant to incentivize healthier individuals to buy policies, which would help smooth out risk pools and keep premiums reasonable for the less-healthy.

The numbers are very Cloudy. In fact, David Howard, Ph.D., of Emory University in Atlanta, said everyone he’s spoken with and everything he’s read suggests that the fiscal impact of scrapping the mandate has been overestimated. He called the $338 billion in estimated deficit reduction “fictitious.”

The projected reduction seems “way too high,” echoed Jost. “The people who are going to drop coverage are going to be predominately those who aren’t subsidized,” he said, meaning the government doesn’t save if they become uninsured.

It doesn’t make sense that people who are “heavily subsidized” would drop their insurance, noted Gail Wilensky, PhD, who served as administrator of what is now the Centers for Medicare & Medicaid Services under President George H.W. Bush, who was skeptical of the coverage numbers, calling them “a little excessive.”

Joe Antos Ph.D., of the American Enterprise Institute, speculated that because the CBO numbers were released “relatively quickly” the office likely ignored an important factor in its calculation: how individual states and insurers resolved the issue of not receiving the cost-sharing reduction (CSR) payments.

These are subsidies the government paid to the insurance companies to help them defray out-of-pocket expenses, such as co-pays for low-income beneficiaries, which President Trump withdrew in mid-October. “To sort all that out would have taken more time,” he said. But what bothers Antos most is senators’ reliance on the numbers. “CBO is advisory and they are working in the dark like everybody else,” he said.

“Health care coverage is the gateway to prevention and wellness and a guardrail in the event of a major health event,” the provider groups wrote, adding that the current system has driven down healthcare-related bankruptcies and protected those with pre-existing conditions.

“Our health care system needs improvements, and our organizations stand ready to work with the Senate to identify bipartisan and impactful reforms that will ensure a robust and competitive healthcare market,” the statement said. “However, according to the Congressional Budget Office, repeal of the individual mandate in this form, absent additional reforms that would stabilize the insurance market, has the potential to raise health insurance premiums by a projected 20% and increase the number of uninsured Americans.”

Darrell Kirch, MD, president of the Association of American Medical Colleges, said the group was “deeply disappointed” that the tax package could repeal the individual mandate, threatening hospital finances as well as people’s access to care.

“The nation’s medical schools and teaching hospitals know first-hand that patients without insurance are more likely to forgo preventive care, leading to potentially more complex and costlier treatment when they do eventually seek out care,” Kirch said in a press statement.

“America’s teaching hospitals will continue to provide care for all Americans, regardless of their level of coverage. However, increasing the numbers of uninsured patients without corresponding support for the safety net will threaten both urban and rural providers, creating a ripple effect on regional healthcare networks.”

The question is can it Pass? It’s unclear how many votes will be needed to pass the bill in the Senate. Republicans have talked of using the reconciliation process, under which only 51 votes are needed, but the so-called Byrd rule puts that out of reach for bills that would still add to the deficit more than 10 years out — in which case 60 votes would be needed to overcome a filibuster.

If reconciliation becomes possible, then head-counting among Republicans, of whom there are 52, becomes critical. Joe Antos said Sens. Susan Collins (R-Maine), Lisa Murkowski (R-Alaska), and John McCain (R-Ariz.) would be unlikely to vote for a bill that repeals the individual mandate. But other experts didn’t think they would find it that objectionable. “I don’t know that this would stop somebody who was otherwise going to support the bill among the Republicans,” said Wilensky.

Jost isn’t sure whether the mandate will pass in a final vote, but he hopes it doesn’t. “I’m in Virginia, and I think we sent a pretty clear message to somebody last week that trying to reduce or eliminate health care coverage is not popular with voters, but the message may not have gotten through,” he said.

And what are the Democrats doing about the problems of the ACA? Christopher Wilson wrote that the Democrats have a problem: Despite the historic unpopularity of the White House’s current occupant, their own favorability ratings are not much higher. But a series of health care proposals laid out during the past month might provide a more popular path forward, building off the momentum of the campaign to protect Obamacare that has raged all year.

The most recent proposal put forth in Congress is the State Public Option Act, which would allow citizens to buy into Medicaid, the decades-old program that provides health care for Americans with low incomes and disabilities. The plan would give states the option of offering Medicaid to all residents regardless of income. A majority of states expanded their Medicaid rolls after Obamacare, but this legislation would give the option of allowing anyone to buy into the program.

Coming just days before the proposed Medicaid expansion was the equally ambitious Medicare-X Act, which would offer all Americans the ability to purchase the government health care plan now available for people 65 and older. The legislation would initially target areas where health care choices are limited to expanding to cover the entire country, building on the existing Medicare network. Americans who wanted to keep their current plans would be able to, with the public Medicare option, in theory, lowering the costs of health care plans in the market. According to a Kaiser study, 26.2 million Americans were uninsured in 2016, with per capita spending double the cost in the United States versus other developed nations.

Those bills come on the heels of two measures introduced this summer. In August, Sen. Debbie Stabenow, D-Mich., introduced the Medicare at 55 Act, which would allow Americans to buy into Medicare at age 55, down from the current qualifying age of 65. (A similar bill introduced in the House would lower the eligibility age to 50.) In September, Sen. Bernie Sanders, I-Vt., proposed a single-payer plan, which would set up a national health insurance system run by the federal government. (Rep. John Conyers, D-Mich., has introduced similar bills in the House since 2003.)

I’m not going to debate the tax bill, but there is so much wrong and so much right about this bill. Why is the GOP in such a rush to pass two such important forms of legislation when more research and modification is needed in both healthcare and our tax codes?

To everyone out there, on a better note, enjoy Thanksgiving. Appreciate what we all have, family and friends and the ability to feed our families and celebrate our good fortunes.