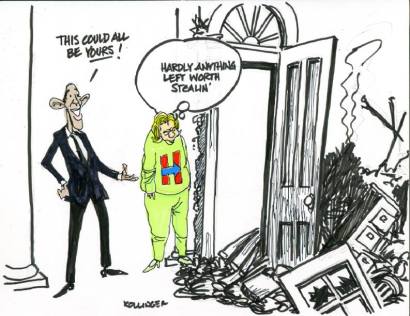 It has been interesting to listen to the candidates for the Presidency discuss health care policy changes. Not one, not even my friend Dr. Carson, discusses two important issues, which make health care in the U.S. so expensive. They are the cost of educating the physicians as well as the cost of malpractice, i.e. tort reform. I’m not sure if they are all uneducated or are avoiding the true issues. They only yell on-line and in debates and in community “get-togethers about their strategies of out-lawing the law.

Let’s look at the Australians situation, which seems to reflect what we have been seeing in many countries that seem to have sustainable socialized medicine.

So if you’re an Australian citizen then you pay nothing until you are employed and have the ability to pay the very affordable cost of their education back. But otherwise, medical students pay roughly $5000 a semester.

How about medical negligence and how many people are affected in Australia? Australia has the highest rate of medical error in the world according to the World Health Organization:

-18,000 people may die every year in hospitals through preventable medical negligence in Australia and

-50,000 people suffer from permanent injury annually as a result of medical negligence in Australia.

-80,000 Australian patients per year are hospitalized due to medication errors.

Not all medical errors are “negligent”. Just because a person suffers a bad outcome from medical treatment, does not mean that they have an automatic right to sue for compensation. A medical error is only considered “negligent” if the healthcare practitioner has failed to take “reasonable care”. The law does not require a doctor to act “perfectly”, but rather, the law requires that a doctor take “reasonable care” in treating and advising a patient. This is not a high or impossible standard to achieve.

If the AMA had it’s own way, doctors would be treated as a special class of professionals exempt from liability. But why should negligent doctors be treated any different from other professionals? Isn’t it reasonable to expect that all professionals to whom we pay money to and who hold out as having expertise, must pay compensation if they cause damage through their incompetence or recklessness?

If there is a failure to take reasonable care, the patient has to get over the “causation” and “damages” hurdles before they can sue. This is not as easy as it seems. Patients have the onus of proof in court placed on them to establish that a doctor has not only breached their duty of care by failing to provide reasonable care resulting in injuries, but they must also prove that the most likely cause (“causation”) of their injuries was the doctors’ failure to take reasonable care. This is very difficult to establish, given that most patients already have underlying illness and medical conditions, and it can sometimes be impossible to prove that a patient would have had a better outcome or a chance of a better outcome if a doctor had acted reasonably in the first place. Insurers will often purport to establish that a patient’s injuries and disabilities are pre-existing conditions rather than caused by negligence, so as to avoid having to compensate the plaintiff.

In order to commence proceedings against a doctor, most jurisdictions require that the plaintiff have at least one supportive medico-legal opinion (that is a written report from an independent doctor) who supports the plaintiff’s case on liability (breach of duty of care), causation and damage.

In NSW for example, lawyers cannot commence court proceedings without filing an expert report with the plaintiff’s Statement of Claim. This means that if you can’t find a doctor willing to speak-out on your behalf, then you simply cannot bring a negligence case in court.

The result of having a “close-knit” profession in Australia means that many plaintiffs have to pay for expensive reports from overseas medical specialists (especially from London). Not many people can afford paying 3,000 British pounds for an obstetric opinion from the UK, for example. So basically, if you can’t afford an opinion, and your solicitor wont pay for it, you will never know whether your treatment was negligent.

The High Court case of Rogers v Whitaker held that the courts in Australia do not judge a doctors competence by reference to the generally accepted practices of the medical profession but whether it conforms to the standard of reasonable care demanded by the law. That meant that questions of competence were to be decided by the judges and the courts as opposed to the medical profession, on its own behind closed-doors.

However, over the past couple of years, extensive lobbying has taken place by the medical profession for changes to the law for medical negligence in Australia. Medical lobby groups have sought to have the governments legislate what is known as the Bolam test- where the negligence of a doctor is determined solely on the basis of other doctor’s opinions about the doctor’s conduct, regardless of what judges and the courts have to say. However, in Australia, the governments decided not to adopt the Bolam test outright, but rather, adopt a modified version that would still allow judges to reject doctors’ opinions in medical negligence cases, if their opinions are irrational. Realize how irrational our system is here in the U.S. where the physician’s actions are judged by a group of jurors who know nothing or minimum about medicine and patient care.

It would be rare indeed to identify instances of treatment that is both irrational and in accordance with an opinion widely held by a significant number of respected practitioners in the field.

In a 1999 study reported in the Medical Journal of Australia, it was found that most of health care complainants were not satisfied with either the process or the outcome. Typically they wanted stronger measures taken. Only a few wanted compensation; more wanted acknowledgement of harm done; and most wanted the doctor punished.

Following medical negligence in Australia not every patient sues whenever something goes wrong. Most patients just want the mistake to be acknowledged, and for the doctor to apologize.

Imagine never being able to work again because of permanent brain damage caused by a doctors’ negligence.

Imagine not being able to clothe, feed or bathe yourself, and needing 24 hours a day attendant care because of a permanent healthcare injury.

The purpose of compensation laws is to put the plaintiff back into the position they would have been, had the negligence not occurred. Compensation is calculated on the basis of need.

Compensation is awarded for :-

Getting a lawyer to deal with medical negligence in Australia is becoming more difficult and a common myth is that lawyers take on ANY case regardless of its merits, in order to make $$$.

The commercial reality is that lawyers only take cases on if they believe there is a good chance of winning i.e. if they are meritorious claims. After all, most cases are done on a No Win No Fee basis, so if the lawyer loses, then they won’t get paid; there is just no financial incentive in running a frivolous claim.

The government has almost completely done away with legal aid for medical negligence victims. If it wasn’t for lawyers taking on the financial risks of running a medical negligence case, most Australian citizens would not be able to afford to pursue their rights.

Also, under the Legal Profession Act, a solicitor cannot act for a party where there are “no reasonable prospects of success.” There are serious consequences for a solicitor who does so; including cost penalties. Hence there is just no incentive to take on frivolous or vexatious claims.

State governments have brought in legislation (such as the Civil Liability Act) which places caps on the amount of legal costs that a solicitor can charge in medical negligence cases.

It is important that the frequency of medical injuries is reduced through a focus on clinical quality. Medical indemnity funds should be encouraged to expand their efforts to alert their members to potential risks and provide training in risk minimization and better complaint handling. Such strategies should be aimed at promoting quality practice and reducing the level of adverse events. Greater encouragement of the medical profession is needed to extend peer review procedures to ensure that problems are identified at an early stage.

Furthermore, a survey released by the AMA to the Sun Herald in 2000, revealed that trainee doctors in NSW are working up to 100 hours a week, with some on duty for at least 7 days at a stretch. Many are forced to work hours that put them at high risk of extreme fatigue (Shine K, “Trainee Doctors are ‘Reduced to Level of Drunk Drivers’”, Sun Herald (date unknown) 2000). Consequently, their workload is a potential danger to both them and their patients.

The government response to the rising number of incidents or adverse medical events has been to take patients’ entitlements away from them. To take away these victims’ rights to compensation for their injuries, is to punish them again and has very real consequences of leaving them out-of-pocket when it comes to the cost of keeping a roof over their head and treatment for their permanent injuries and disabilities, for the rest of their life.

The Civil Liability Act in NSW (and its equivalents in other States in Australia has resulted in) :-

At least there seems to be progress in managing the malpractice conundrum in Australia as we have seen in other countries around the world. But imagine having the government allowing the physicians waiting to payback their tuitions (which seem so reasonable when compared to the U.S. numbers of $35,000-$70,000)!

Since we are seeing all sorts of parrying amongst the candidates regarding health care and some comparison to Ms. Clinton, I thought that I would look at Hillary’s view on health care….Hillary-Care.